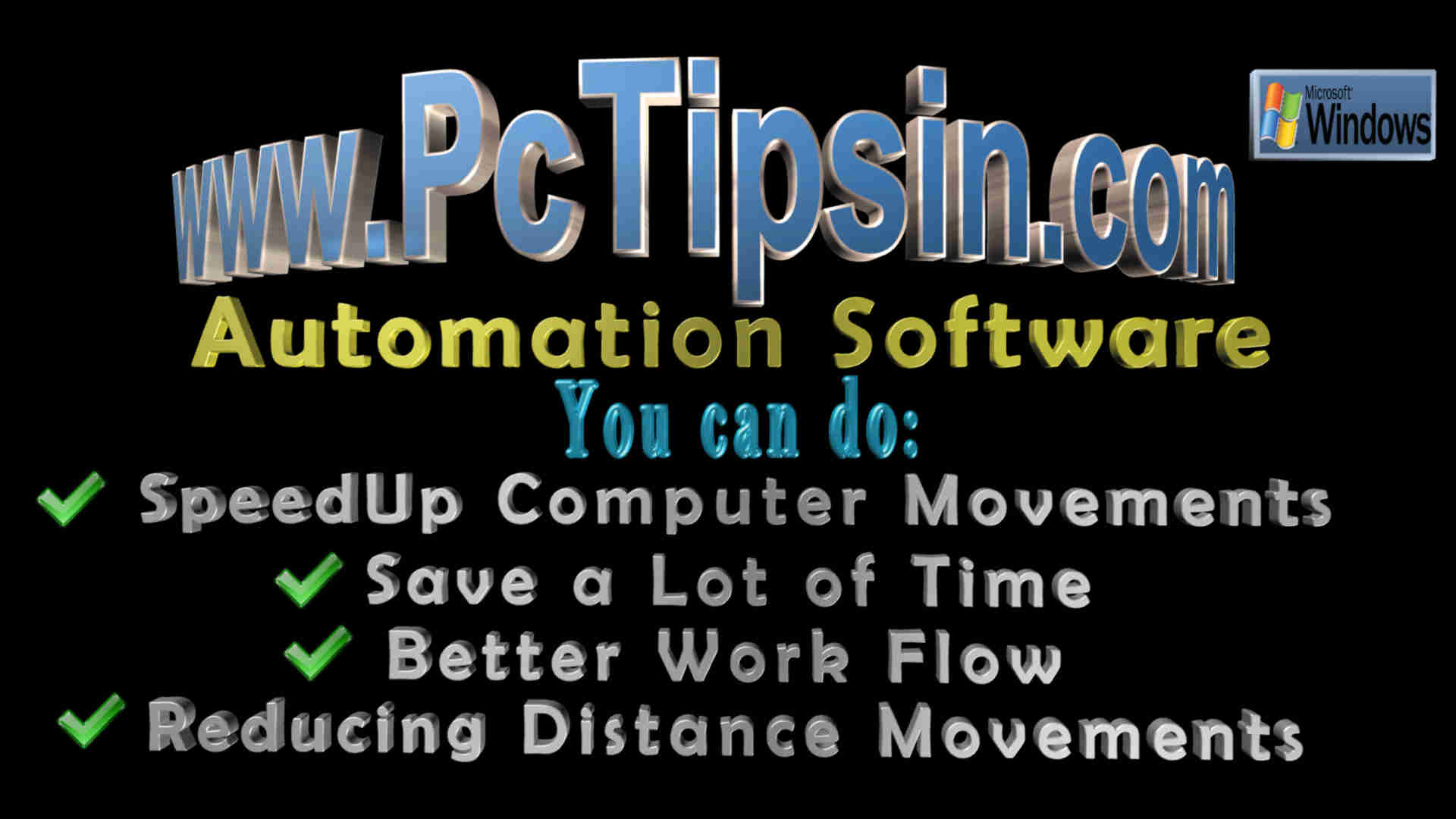 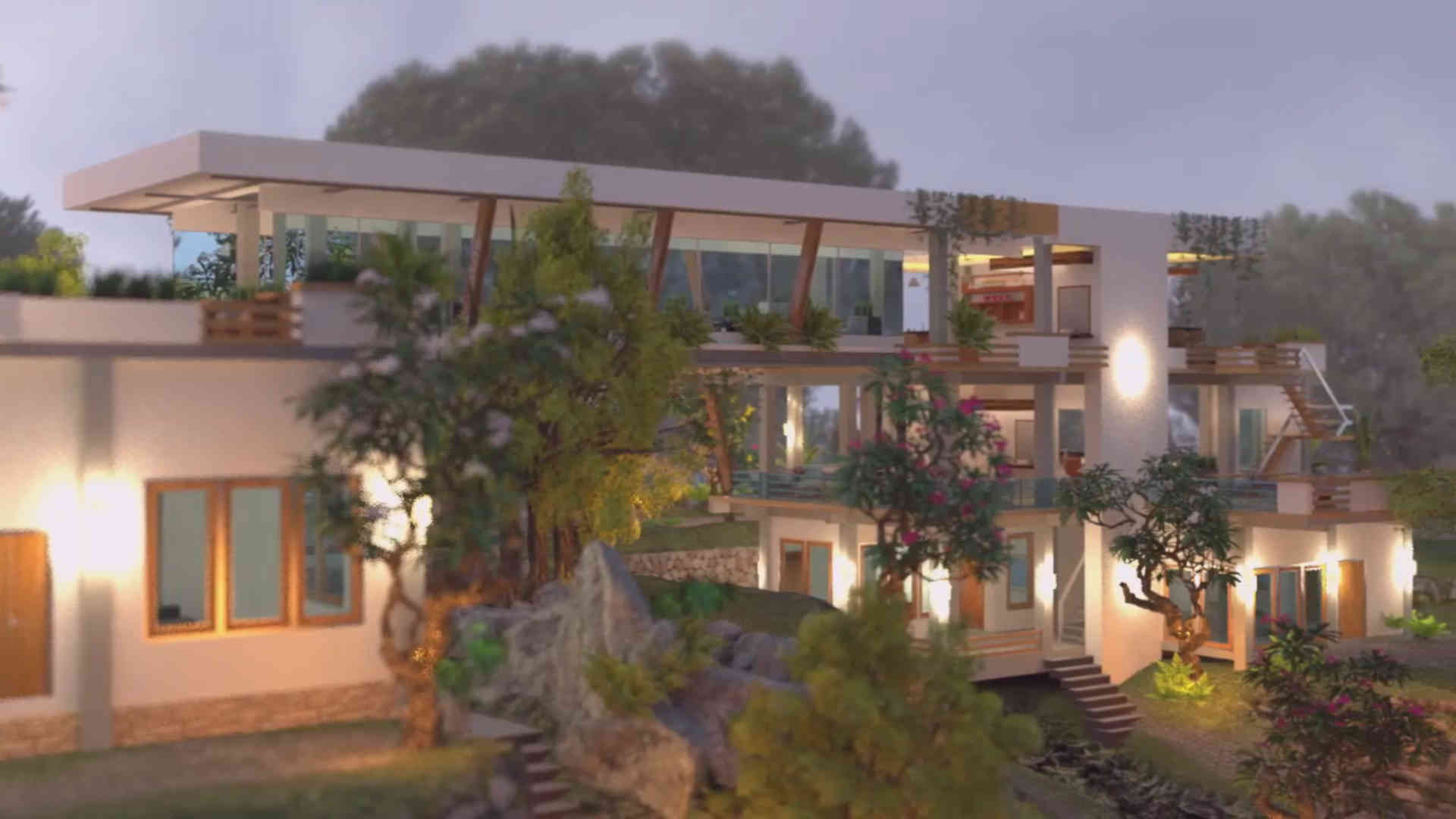 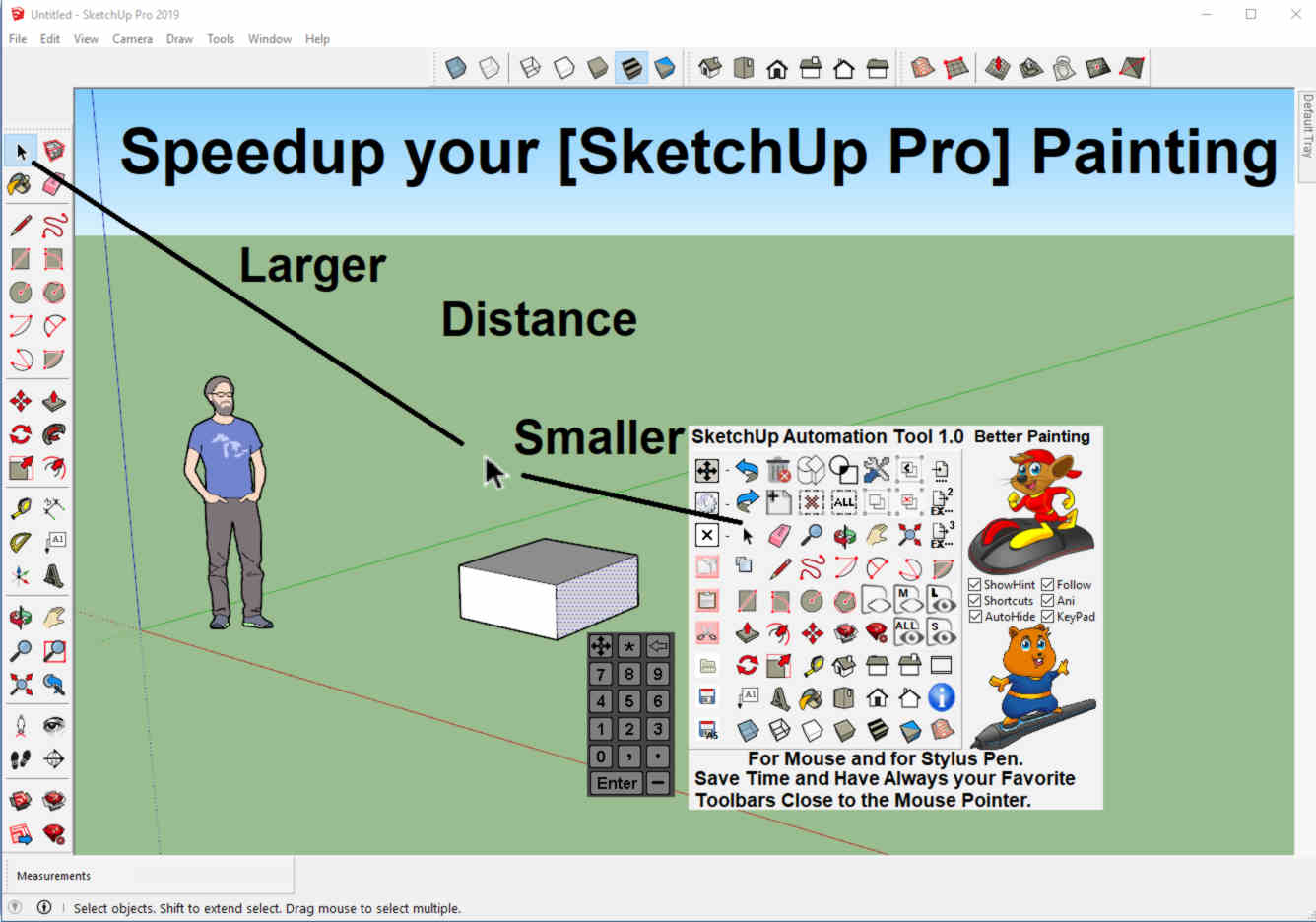 Sketchup Automation Tools is a Productive Toolbar Launcher, and it is special maked for Sketchup Pro Software, you can Speedup all your Painting Movements and Saved more then 50% of your Time. With this Launcher you can forget searching into MenuBars instead of that you have All your Favorite Toolbar Buttons direct in visual area, and you do not have to remember all these Keyboard Shortcuts Combinations you can forget  using a Keyboard Device this is ideal for Windows Tablets.

Are you an aspiring creative designer? We are pleased to announce that you have arrived at just the right place! Our software SketchUp Automation Tools exist to help you create 2D and 3D designs. To be able to use the tool well and come up with awesome designs, you have to adhere to some tips.

We dedicate this page to exploring these tips and how they may come in handy. Be advised to read through the tips diligently to be able to obtain the inspiration you need.

What is SketchUp? (3d Modelling)

SketchUp is basically a 3D modeling computer software program which you use to draw and make designs. You will find it applicable in various fields. The video game designs, films, mechanical and civil engineering, landscape architecture, interior design, and general construction are top examples of these.

Other than creating the 3D models, the software also gives you the power to edit both the 2D and the 3D models. These models need not necessarily be derived from or have been created by the software. You have the option of importing some designs from external sources.

What can you do With SketchUp pro?

This is a cross-platform version of the SketchUp automation tools. This simply means it allows you to do more than just create designs. It lets you bring in designs from external sources and formats and edit them within the software.

Other than that, it also lets you ‘export’ the final products to foreign platforms. Then, it still possesses the bare minimum set of tools and accessories which the ordinary version contains. You may hence use it to perform those chores as well.

For who is SketchUp Automation Tools make for?

Engineers rely on designs a lot to actualize their plans and structures. They will, therefore, find this software quite handy for their use and applications. By use of this software, they will generate models which they later translate to real-life building structures.

Architects are by far the most significant users of this software program. Given the detailed and complicated nature of most modern-day building structures, the architects have to rely on an equally ingenious design software of this kind to generate those designs.

Though primarily intended for building and construction chores, this software also finds extensive applicability in matters of film making. It is used to generate virtual 2D and 3D images. These are adorned in such a way as to give out some illusions of reality.

Lastly, creative designers also rely on software of this kind to generate awesome adverts and marketing campaigns. Given its uncanny ability to produce real images from virtual designs, the software can help to generate some illusions of reality significantly.

Though this software is full of tools and functionality, some four stand apart from the rest. Below are the top

This is a wizard which comes in the forms of large icons and a customizable set of toolbars. All these are targeted to the beginners as they are simpler to utilize and are also very effective. If you are getting started, this is the feature to place your bet on.

Desiring to design a house? You will have the 3D Warehouse feature for your reliance. In its entirety, this is basically an assortment of 3D models which you may download and modify later to generate your architectural designs. You also get to gain access to many shared files and designs.

By all accounts, this software is compatible with a vast range of file types like those of the AutoCAD’s .dxf and .dwf files. Courtesy of this compatibility, you will enjoy smooth transitions and operations at all times of your designs.

An assortment of Built-in Features

Lastly, the software also contains an assortment of built-in features. Examples of these are animations, lighting effects, and textures. You use them to make your final outcomes more presentable and appealing to an end-user.  Moreover, it also accommodates many plugins which extend its range.

How does SketchUp Automation Tools Work?

SketchUp Automation Tools as their names imply require no much effort on your part. Instead, they accept prompts from you and thereafter implement them without any much attention from you thereafter

With these tools, it is possible for you to build models which in turn generate 2D plans. All you have to do is key in the necessary prompts and the software automatically translates the same to some visual appearances.

Then, the software also automates layers, scenes, and shadows. In this way, it lets you figure out how these issues might arise in real life. In the course of doing so, the tools maintain a higher degree of precision which sees to it that you attain accurate outcomes.

Unlike other automation tools, this one maintains everything you draw in a parametric so you can change your model any time you wish. This again ensures that all your dimensions are accurate enough as to ward off any inconsistencies.

We started out by stating that you need to adhere to some tips while utilizing this wonderful automation tool. In this segment of the discussions, we now examine the three top PC tips which have been noted to guarantee better workflow on the SketchUp Pro Software.

Tip #1: Utilize the Components and Groups

While working on your project, you will incorporate a lot of objects and models. These take up plenty of space and are largely strewn apart. To make your life easier, you are advised to utilize the components and the groups.

This is to prevent a situation where you have to save each file on its own. At the same time, it frees much of the space you would otherwise devote to containing those files. Moreover, bundling individual components together also makes it easier to access them. Your work will hence be a breeze later.

The default SketchUp view contains many options which are deliberately activated. While they allow you to easily juggle your way, they slow down the software considerably. Moreover, many options are largely irrelevant to you at any given time.

That is why you are strongly advised to alter the display styles. Choose only those ones which are relevant to the task you have at hand. For a start, you may consider unchecking the “Shadow settings” as they are largely irrelevant for many design tasks.

Tip #3: Make use of the shortcuts

Shortcuts, as their name implies, are designed to make your work faster and more conveniently. It is for this reason that you want to make use of them extensively. These shortcuts come in various forms and shades.

Though available in many shades and forms, the hotkeys are the most popular shortcuts. Apart from prioritizing them, you also want to assign them as favorites. In this way, you will access them faster and more conveniently later on when you need them.

What is the Difference between SketchUp Pro and SketchUp Free/Make?

For a start, the SketchUp Pro is a premium version of the SketchUp automation tools. It does contain extra features and capabilities which its free counterpart lacks. This gives it the ability to bring in added benefits and power of imagination to you.

Among these are the ability to import and export work, edit designs which are generated by foreign automation tools, and add some value to your drawings, to mention but a few! It does cost a premium though and is hence beyond the reach of many who would badly need it

Generally speaking, the SketchUp Free/Make is good for a starter or someone who has never attempted to use these kinds of design software before. The SketchUp Pro, on the other hand, is for a professional, and in most cases, an experienced user.

SketchUp Pro Software is mainly useful for handling those tasks which require extensive use of manual labor. These tasks are simpler in scope though and as such call for much input of physical labor. Being simpler, it is suitable for use by those who have a moderate level of expertise.

The SketchUp Automation Tools Software, on the other hand, is meant for those long and strenuous chores. Being automated, it does not require that you put in too much of your effort and attention. Considering that it is complicated, it will need you to be experienced and full of expertise.

To implement the various actions and achieve the desired ends, you will have to make use of some toolbars. These are basically bundles of icons which when clicked, let you perform certain task and actions. SketchUp Automation Tools Software contains two kinds of tools.

These are the dynamic and the static tools respectively. The dynamic tools always move with the arrow to whichever direction where the mouse points. They hence cut down the hassles you will otherwise have to contend with while generating your own designs.

Their static toolbar counterparts, on the other hand, stay fixed in one location, mostly at the top. You will have to go through some hassles to be able to have your way. Thankfully, this toolbar is found only in the basic versions of the software.

It is definitely impossible to exhaust all that the software has in store for you. You must just go ahead and try it out to be able to understand it fully and make the most of it. Having done our part, we now leave it to you to purchase and install it? As always, you may get back to us for further advice and guidance if you happen to get stuck.